Enerbay, with its JV partners, offers a whole process of building power from the civil engineering and construction work all the way through to final commissioning of the plant. We can provide expertise and personnel to operate the plant. We also offer to build the plant on BOT system.

Natural gas is a cleaner and more efficient source of electricity compared to coal and oil. When combined with the world’s abundant supply, it is an essential fuel in meeting our future demands for power generation.

The future of Power plants is rapidly shifting from coal to natural gas every year. The benefits of switching to natural gas power generation include:

Enerbay uses state-of-the-art electric power plant technology. We can implement traditional coal fired as well as advanced coal gasification power plant. In our advanced coal gasification technology, emission control is simpler in gasification than in combustion because the produced syngas in gasification is at higher temperature and pressure than the exhaust gases produced in combustion.  Such high temperatures and pressures allow for easier removal of sulfur and nitrous oxides (SOX, and NOX) and other heavy metal trace contaminants. Similar to the removal of other contaminants, gasification lends itself to efficient carbon dioxide (CO2) removal because of the high temperature and pressure of the produced syngas. The energy produced is much cleaner and highly efficient.

Gasification can be coupled with advanced turbine technology to produce electricity efficiently. Syngas produced by gasification can also be further processed into liquid fuels (diesel, gasoline, jet fuel, etc.), hydrogen and synthetic natural gas, or a range of fertilizers or other high-value chemicals including anhydrous ammonia, ammonium sulfate, sulfur, phenol, naphtha and, among many others.  In addition, slag produced from coal ash can be used in the production of building materials such as asphalt and cement.

A combined-cycle power plant uses both a gas and a steam turbine together to produce up to 50 percent more electricity from the same fuel than a traditional simple-cycle plant. The waste heat from the gas turbine is routed to the nearby steam turbine, which generates extra power. 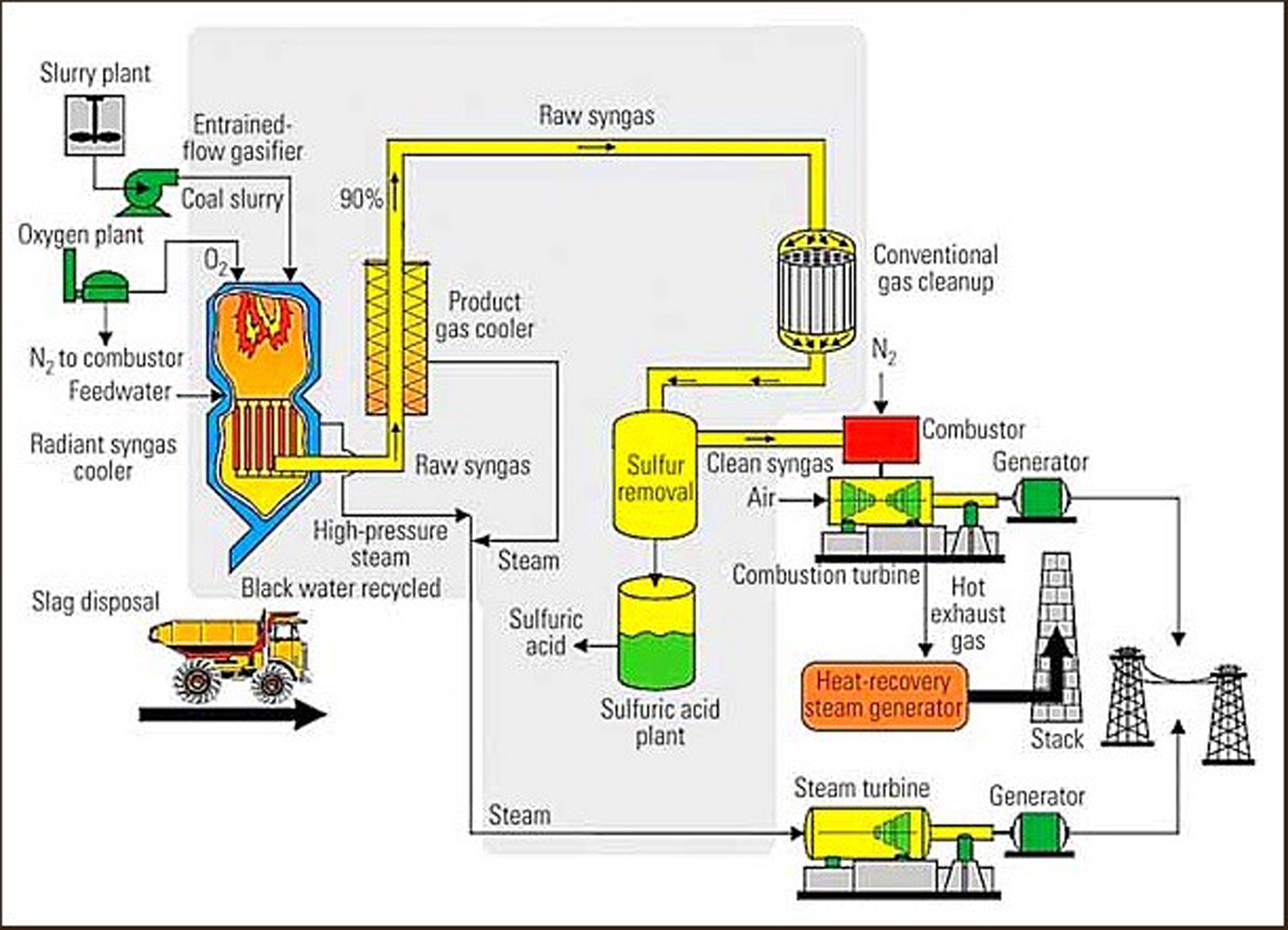 This is how a combined-cycle plant works to produce electricity and captures waste heat from the gas turbine to increase efficiency and electrical output.